Hello again, Faithful Readers.  Or, I should say, "Hail and farewell."

This blog has run for over four years now, and I find that I've said just about everything I have to say about Second Life.  It's been an amazing journey, both as a resident of the virtual world and with this, my first (and so far, only) blog.


If you're coming here for the first time and reading this post, please don't go away.  There are over 300 OTHER posts, and many of them contain information about Second Life and the whole virtual world experience that you may find useful, interesting, and maybe even amusing from time to time.

In just a few years, perhaps, some historian of the digital realms may stumble in here and say, "My goodness, how quaint!  How primitive!  They really did THAT?"

Thanks for reading these pages.  I wish you all good things in your lives, both real and virtual.

FLASH! A Small Problem with Outfits

A while back, I explained how to use the handy Outfits feature of your inventory to create a wardrobe of complete looks that are ready to put on with a single mouse click.  (See "The Ins and Outs of Outfits.")

However, it's possible to run into difficulty with this feature, and a person asking a question on the SL Answers forum brought it to my attention (thanks, Chinook!)

When you buy a new dress or shoes, DON'T store them in a folder in My Outfits!  If you do, you could experience odd behaviors like your shoes being dumped into the Trash folder.  Unpack the dress or shoes, and store them in your Clothing folder.  Then wear them, and assemble the other parts and accessories you want for your complete look.

When you have it all together, use the procedure from the Outfits post to save it (Appearance--> Edit Outfit--> Save As.)

And glam on, Fashionista!
Posted by Lindal Kidd at 9:43 AM No comments:

Today, we once again divert our course from Second Life to talk about Real Life.  A very, very nasty part of Real Life...the Ebola virus outbreak.

As I'm sure you know, there is an epidemic of Ebola in West Africa.  This is a horrendous disease, and it's got about a 50% mortality rate.  If you catch it, the tissues of your body break down and you literally bleed to death internally.  Fortunately, the virus is not readily transmitted...it's not an airborne contagion but is transmitted through contact with the body fluids of an infected person.  Moreover, a victim does not become infectious until they begin to show symptoms.

While those factors help to limit the spread of Ebola, nevertheless the current outbreak is the worst on record, with over 6,000 known cases to date.  Because viral epidemics expand exponentially, there will surely be a great many more before it's over.

That's bad enough, to be sure.  But last week the first case of Ebola was diagnosed here in the USA...a Liberian man visiting his family in Texas.

Now, the officials at the CDC had been telling us in the news that this was likely to occur, but not to worry -- we have a much better health system than the poor countries in West Africa, we have the means to contain the spread of the disease, and yadda yadda yadda.  In the event, the first time the man visited the hospital complaining of a fever, he was misdiagnosed and released.  Now the CDC is playing catch-up.  They've quarantined the man's family, under guard.  They are looking for over a hundred people with whom he may have come in contact, so they can be placed under observation.

This is exactly the wrong way to deal with the problem.  By waiting for a victim to be identified, and only then trying to determine who else he may have infected, the CDC has placed us in a position of following along after the Doom Bugs, instead of being out in front of them in the first place.

For centuries it's been known that the best way to keep a population from contracting a disease is to prevent infected people from getting in.  Of course, the downside to this is that you have to inconvenience a great many NON-infected people.  But in a situation where the disease kills half its victims, extreme measures may well be justified.

What the CDC should have been doing, weeks ago, is instituting a nationwide quarantine.  Anyone arriving at the border who's been to West Africa in the previous month should be isolated for 30 days.

For God's sake, people, we quarantined the Apollo astronauts for a month after they got back from the moon, just on the off-chance of extraterrestrial germs.  And that was only a theoretical possibility!

We need a quarantine, and we need it yesterday.  Anyone who thinks that having a lot of hospitals and doctors with gleaming, modern equipment automatically makes us safe against a mindless killer better think again.

EDIT as of October 17.  We have two new US cases, and hundreds more potentially exposed people are being tracked by the CDC.  There have been failures to follow adequate procedures, failures to follow the CDC's own guidelines about restricting travel and exposure.  How many people are going to have to die before we get serious?
Posted by Lindal Kidd at 12:57 PM No comments: 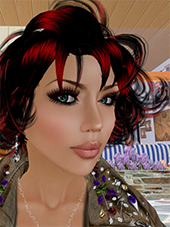